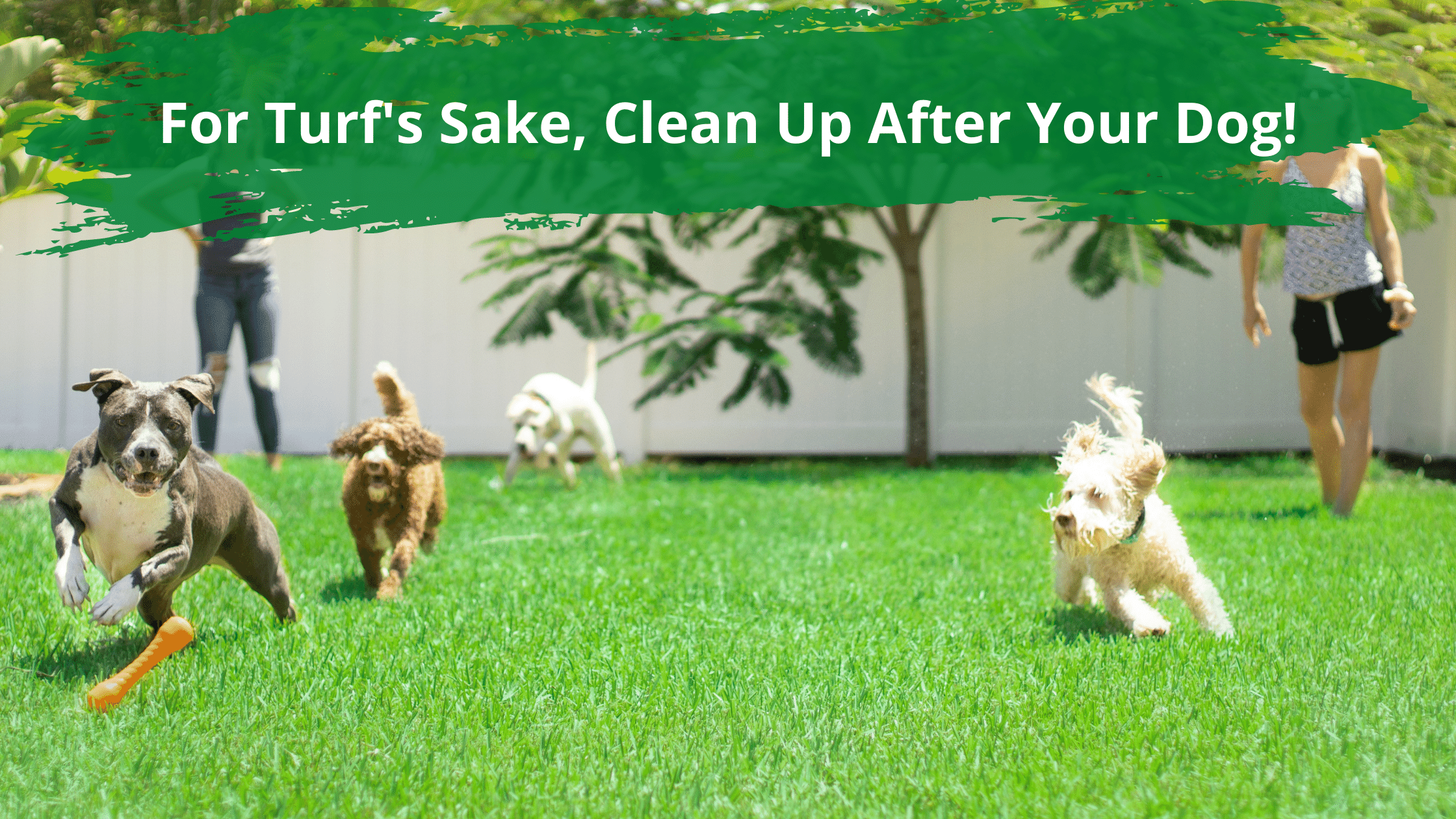 For Turf’s Sake, Clean Up After Your Dog!

August 23, 2021
Martin
Blog
No Comments on For Turf’s Sake, Clean Up After Your Dog!

For a month I once asked every caller to my radio show if they had a pet and if so what kind.  I was shocked to learn 9 out of 10 owned a dog!  Big, medium, small, indoor, outdoor, lap, and everything in the middle – dog. 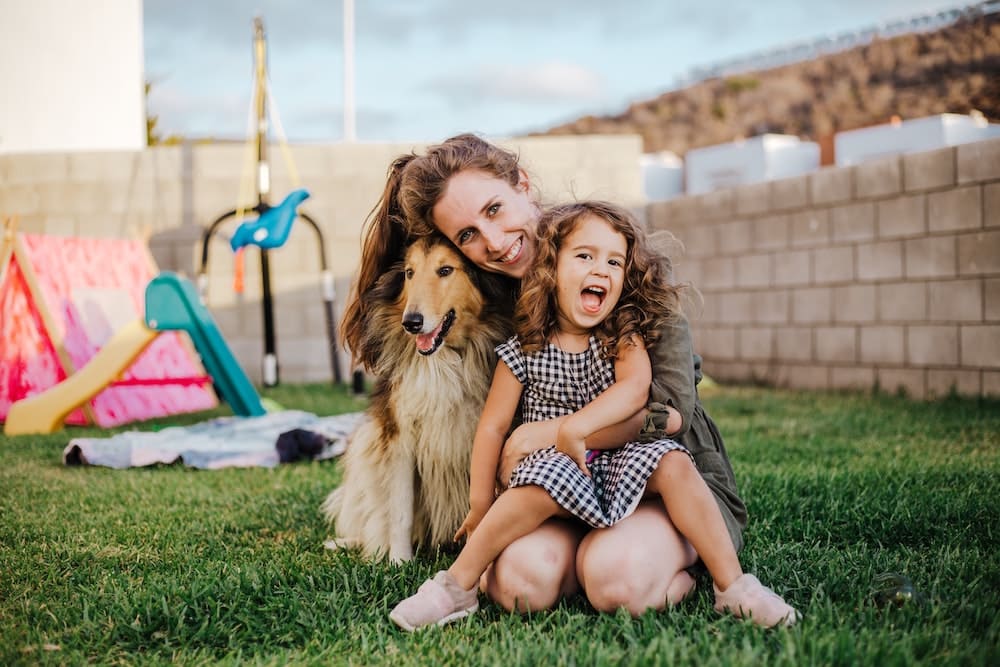 Nationwide there are 76,811,305 canine companions in the United States and 1.6 of them are yours.  It’s no secret that with dog ownership the responsibility of cleaning up after he/she defecates is your job.  It’s common to see people bagging their pets’ feces so others can avoid them.  It’s also common that a dogs ‘duty’ can burn holes in the strongest of turf.  Dog poop isn’t a fertilizer. Their high protein diet is off the acidic charts which kills lawns fast.

“Sod.com Doggy Fun Fact:  My first dog was a black Labrador with a white crest on her chest.  The Labrador Retriever has been on the American Kennel Clubs top 10 most popular breeds list for 30 consecutive years—longer than any other breed. Who knew my dog was trending?”

Let’s put those numbers into perspective: Aliso Viejo, Placentia, Rowland Heights, Cerritos, and Azusa have something in common – 50,000 +/- households each.  This means each one of those cities has some 11,816 dogs.  A healthy bowser will poop an average of once a day. That’s a lot of lawn doggy dung!  Oh, we’re not done because Fido isn’t.  He/she needs to go outside to winky upwards of 3-5 times a day.  If you haven’t figured it out yet male dogs like to salute and females squat.  It’s mostly the females (and slap-happy males) that are marking the lawn with their liquid uric deposits which will eventually kill your lawn if not treated quickly.

Lawn Sausage:  It’s easy to spot especially when you step in it.  As mentioned earlier a dog usually has a BM once a day (if it’s more than that you may want to check with the vet to make sure if it’s normal for that breed).  Training your dog to do it in the same area takes time but when they understand it makes cleanup easier but you have to pick up after Fido daily because it’s not fair for the dog to wallow in it. 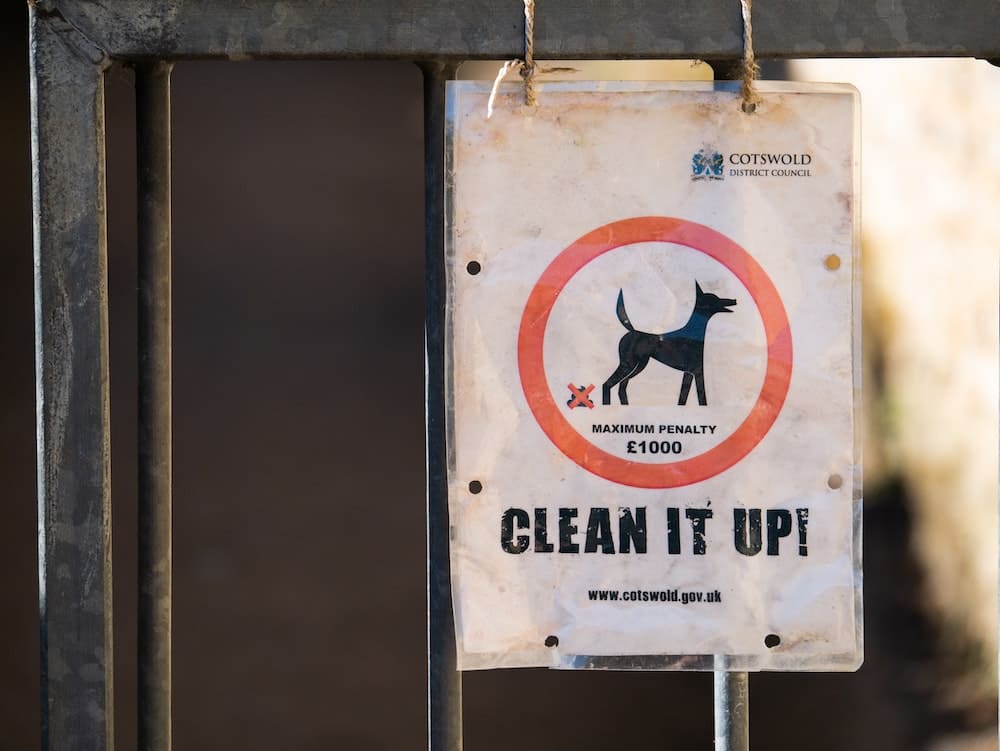 Have you ever nailed a hounds stool (fresh or dried) with a lawnmower?  You’ll know it the second it happens. Puteo (P.U.) – what a stink! And if you think about it the stuff gets spread all over the yard.  Something to consider when walking into the house.

When I had a lawn maintenance business we used to mow around the mess a dog would leave behind.  It was right in the contract and after a couple times the owners got the message and cleaned up before we got there.

Turf Tinkle: Unlike fecal matter, it’s harder to find the spots where a dog urinates.  Unless you have a strong sense of smell you’ll have to pay attention to where Scruffy is whizzing those three to five times a day.  Then, immediately flush with water to move it through the soil and passed the roots or you’ll get a brown spots that are just so hard to repair. 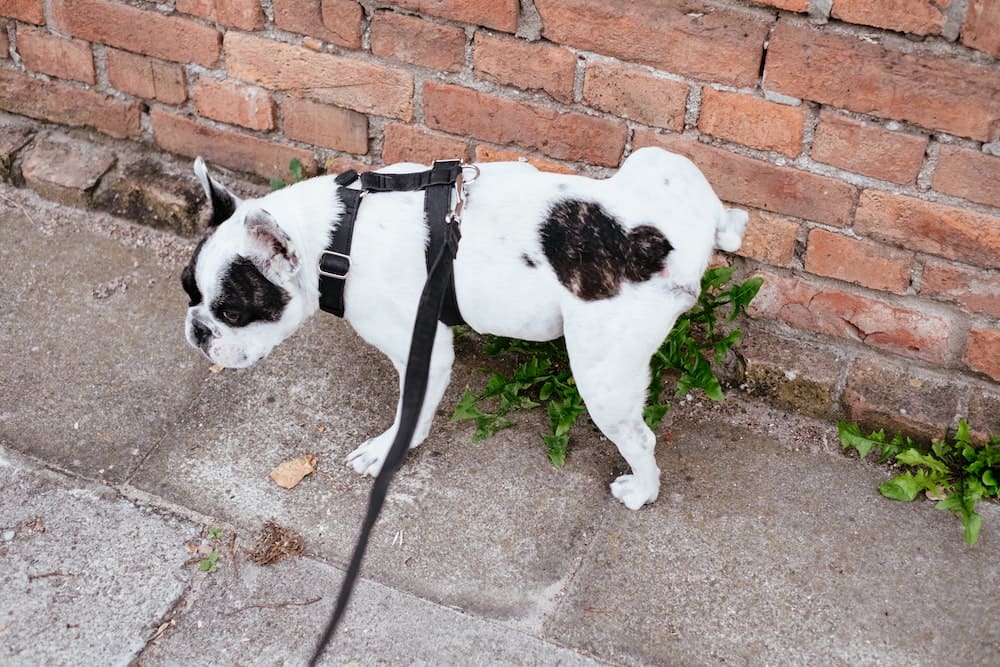 More dog training is needed so they’ll urinate in a designated area.  I found out that dogs like to relieve themselves in areas that smell like PP.  I bought a small bottle of simulated dog urine and sprinkled droplets way back in the yard.  When my dog realized this was a social meeting place (even though she’s the only dog) she never let loose anywhere else.

I’ll Take Mine On-The Rocks.  Large zeolite rocks (something too large to swallow) are mineralized rocks which when placed in a dog’s water bowl change the nitrogen levels of a dog’s urine after they quench their thirst.  When they relieve themselves it won’t stain grass. Zeolite rocks won’t change the water pH and it takes a few weeks for the process to work.  Technically your only soaking rocks in the water but don’t do this process without checking with your vet to see if it’s right for your dog.

Dogs – Man’s Best Friend. Dogs can overheat.   On a side note if you have a doghouse put it in the shade to stay cooler.  You may even consider laying pieces of Marathon on the roof and water daily. Dog runs also need to be under the shade of a tree or the east side of the house.

Sod.com Doggy Fun Fact:  According to the Guinness World Records, the smallest dog ever recorded was Miracle Milly, the Chihuahua. Born in 2011, Milly was a minuscule 3.8 inches tall and weighed in at one pound. Now that dog would be easy to clean up after.

Doggy-Do Lawn Repair.  Now that you know how to keep a watchful eye on those landmines you’ve got some lawn to repair to take care of in the meantime.  Once an area has been identified scratch the soil surface, remove the dead grass, and flush the area out until you don’t smell any…you know.  Mix in a handful of compost then either sprinkler some seed and cover with more compost or patch the area with some real live sod.  Keep the area moist by hand watering until established then let your sprinklers take over.  It’s just that simple!

My dog?  Sammy, a female Akita.  She’ll bite your arm off if you’re not careful.  Heck, she’s actually bit me before!  I love that pooch.