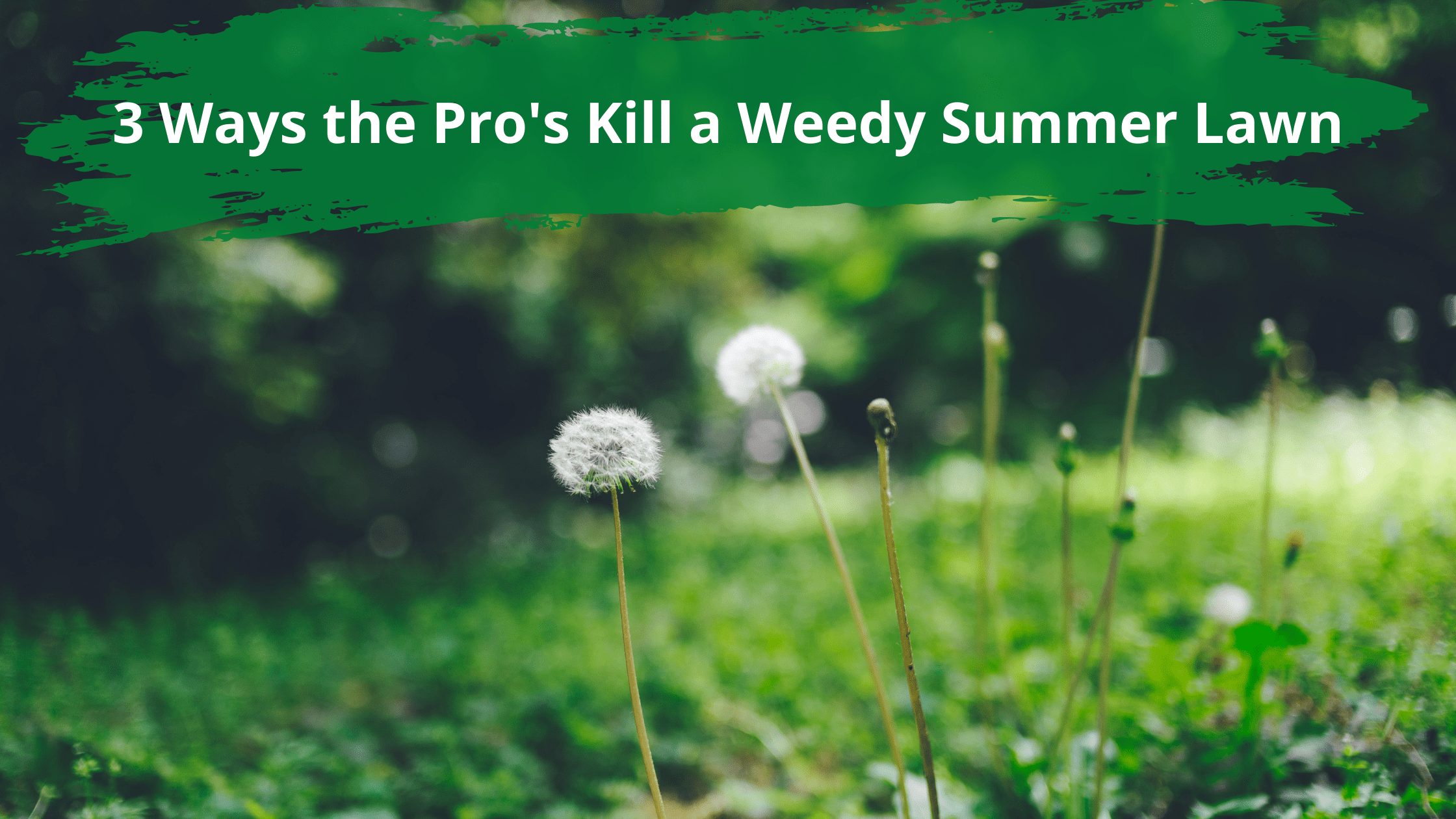 Sharp spiny seed heads, called burrs, are painful when stepped on or get lodged in your socks.  Plus, they’re difficult to control along with other weeds in what you may call a lawn.  If you can’t freely frolic across your turf without putting army boots on from getting shish-kabobbed then you need to replace it with something that’ll feel good on the tootsies – real-live sod! 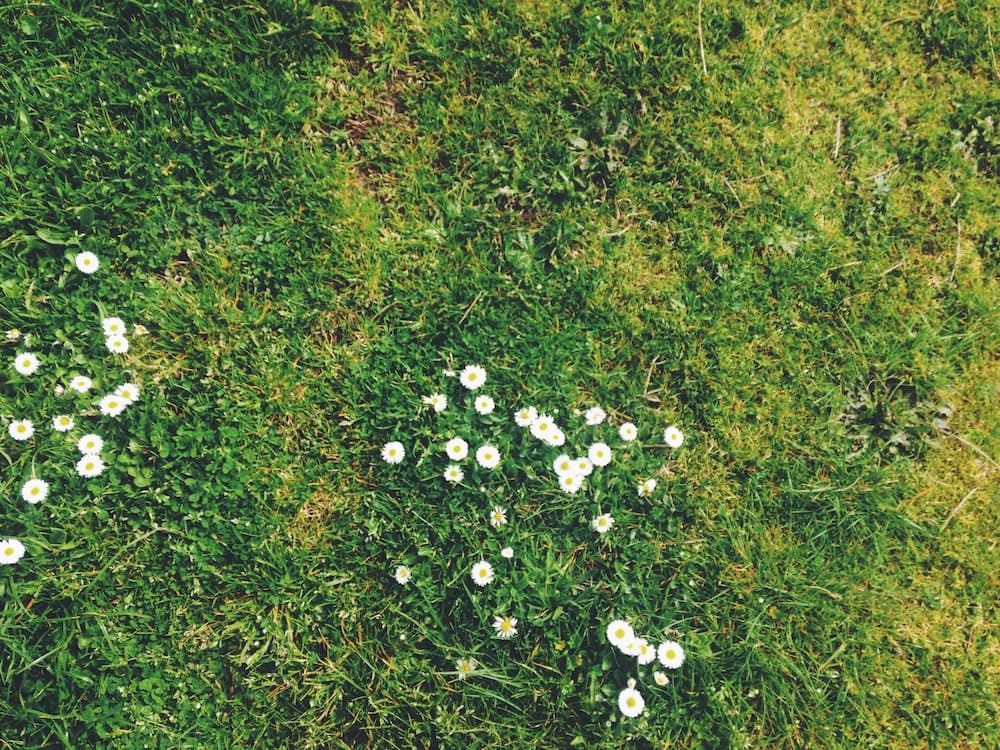 Summer is the time for growth: kids grow faster, finger and toenails are trimmed more often and weeds – grow really fast in the summer.  This, in turn, is the best time to kill them off and today we’ll look at the three most popular ways the Pro’s kill a weedy summer lawn in preparation for a sod install:  chemical, natural and organic.

Back in the day, we had Sodium methyldithiocarbamate (aka Vapam) as a soil fumigant to rid weeds, insects, and disease organisms for lawn soil prep.  This ended with a train derailment in the High Sierra’s many years ago that spilled a tanker full of the chemical in a river.  In turn, trees, fish, and all plant life died.  It took several years for life to come back to the area and today it’s all been leached out and has reforested looking better than before.  Because of that accident Sodium methyldithiocarbamate was taken off the market for consumers and made only available to Ag in limited quantities.

Everything your mother told you about weed control needs to be thrown out the window for the rest of this blog.  The oddest thing has to happen to rid your weedy lawn – you need to green them up.  What? That doesn’t make sense now, does it?   In order for weeds to die we need them to be as active as possible.  You’d think you’d want them dead and brittle, right?  Nope!  A green weed is actually easier to kill.  We’re looking for an aggressive root system and green leaves to kill so they don’t come back.

Chemically.  In 1970 chemist John E. Franz discovered N-(phosphonomethyl)glycine (aka glyphosate), an organophosphorus compound, which inhibited certain plant enzymes.  In particular, it killed weeds, greens weeds!  By 1974 it was brought to the market and farmers plus homeowners have been using it since.  When the patent ran out in 2000 oodles of chemical companies started to repackage it under different names all of which can be found at your local nursery and garden center.  Since Sodium methyldithiocarbamate isn’t readily available any longer glyphosates have been the go-to weed killer due to their ability to kill weeds and not harm the soil.  You green up your weeds/lawn (you can even fertilize it), spray and in several days, as William Shakespeare would say the weeds will be “dead as a doornail.”

Natural.  We’d be amiss not to mention vinegar as a way to kill off weeds since the concept is trending right now.  It’s not my favorite but with some tenacity, it can work.  Vinegar is acetic (ethanoic) acid so be careful of overspray and wear eye and glove protection.  Vinegar from the market is only 5% that means you’re buying 95% water and it won’t work well in killing off weeds especially if you dilute it.  You’ll want to buy agricultural vinegar and dilute it to no less than 25% and use only a vinegar sprayer because the parts in the sprayer won’t erode as quickly.   The trick to using vinegar is to not allow weeds/turf to get more than 2” tall.  It’ll take several weeks to kill the weeds as you’re weakening the roots by not allowing them to exchange sugars and starches through the process of photosynthesis.  Don’t saturate the soil as you’ll change its pH.  Just spray the weeds/lawn. 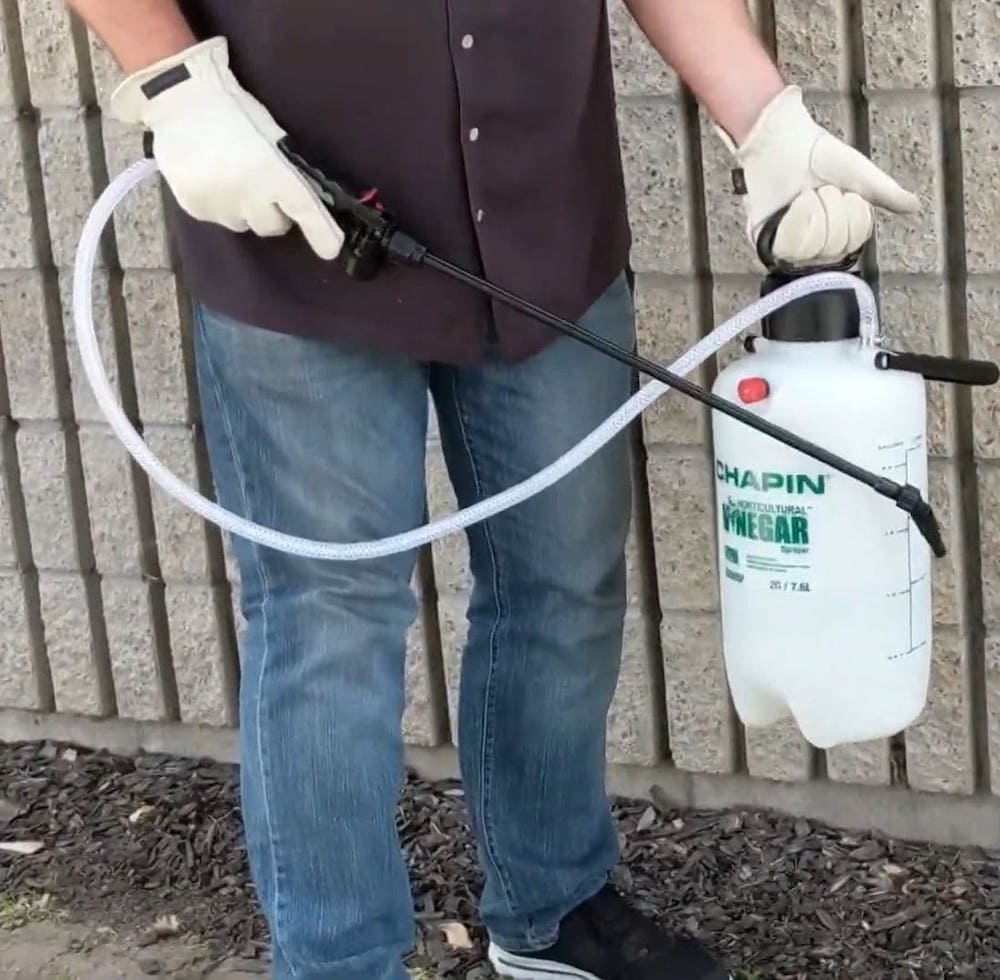 Organic. I can’t impress how popular using Sodium methyldithiocarbamate was in the old days.  After that train derailment, a panic surged.  Sure, glyphosates took the market share after the accident but there are those that wanted to do something safer.  That’s where soil solarization came into being.  Solarizing is a form of pasteurizing or cooking the soil when temps are in 90’s plus for at least 6 weeks. This is easy to project in southern California as we have June – October when heat waves manifest themselves.  Oh, it does work but it’s a process.  Okay, let’s get to it:

Sounds too good to be true so far?  Well, let’s keep in mind that you must keep three feet away from the canopy of bushes and trees otherwise you’ll burn their roots.

Be certain to overlap all the edges and hold them down with rocks or 2×4’s.  We don’t want the Santa Ana Winds to blow the plastic off on your neighbor’s yard.

Hopefully, the weather is cooperating and it’s hot!  The hotter the better. Weeds, insects, and even disease organisms are being cooked to perfection during this process.  It’s possible to put a second layer of plastic to increase the solarization process.  If you’re inclined to do so don’t lay it out in the same direction as the first layer.  Crisscross the plastic as it’ll hold in more heat for a longer period of time.

You’ll notice the ground will be crusty looking.  Take a rake and scratch the soil surface to open up the pours.  Turn the irrigation on and water deep to cool the soil off.  After a couple of weeks re-contour and you’ll be ready to install your Marathon Sod. 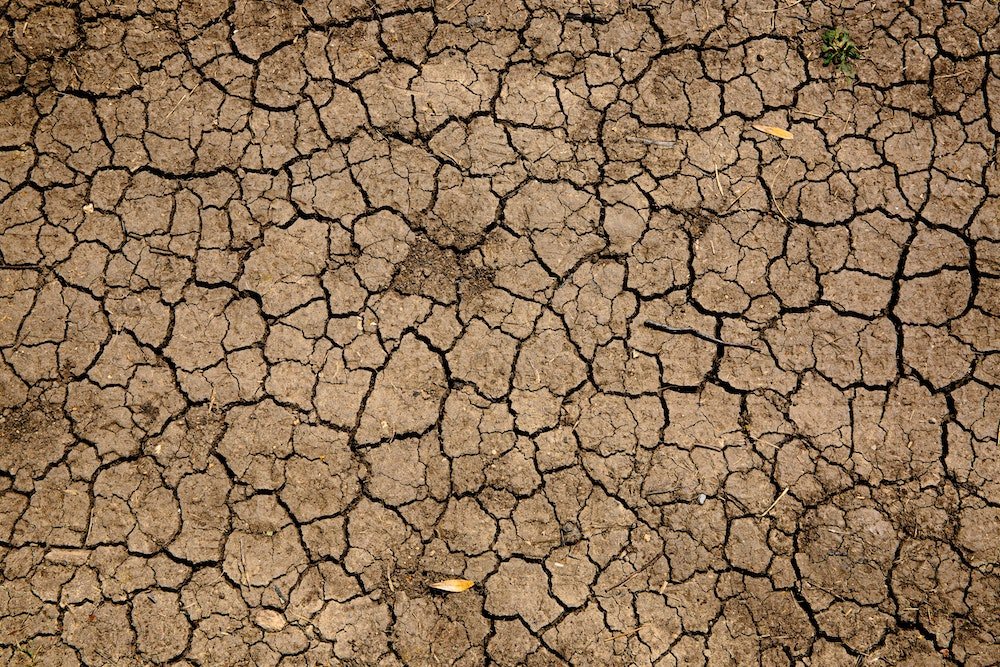