Who are we kidding…lawns need water.  The thing about it is it’s not as much as you may think.

Lawns are the perfect companion for cooling down in summer heat.  A twenty-five hundred square foot lawn has the cooling capacity of a 2-ton air conditioning unit without the electric cost.  Hydrating a summer lawn is easy when you use the tools the pros know about. 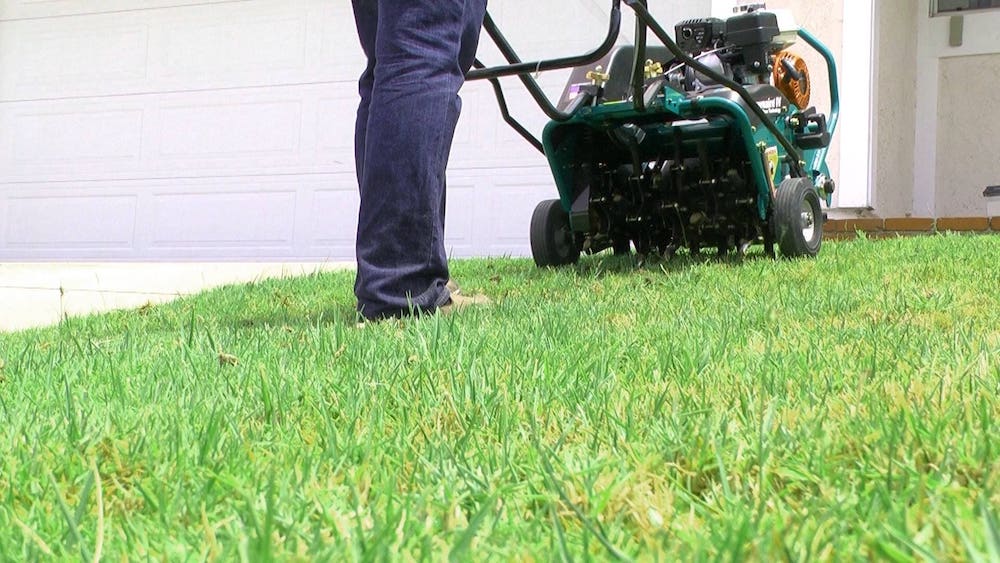 You have three ways of aerating a lawn: hand aeration, walk-behind and stand-on.

Hand aeration is fine if you have patience and a small turf area.  The tool has a t-handle for a two-handed grip with a shank upwards of 30” long that flairs out at the end.  A cross member is welded at the bottom to place your foot in the center to ease in two pieces of ½” pipe that creates a plug.  With each push, a plug is created and also pushes out the previous plug.

A walk-behind and stand-on aeration machine are desirable for turf larger than 100 square feet.  This isn’t a machine you’d ever want to buy because they’re cost prohibitive and you’ll only use it once or twice a year so it’s best to rent.  The sheer weight of these machines will either roll a drum or will be piston-driven, with plug spines attached.  You can also adjust the depth of the spines to get plugs a long as the spines but more than 4” is overkill. 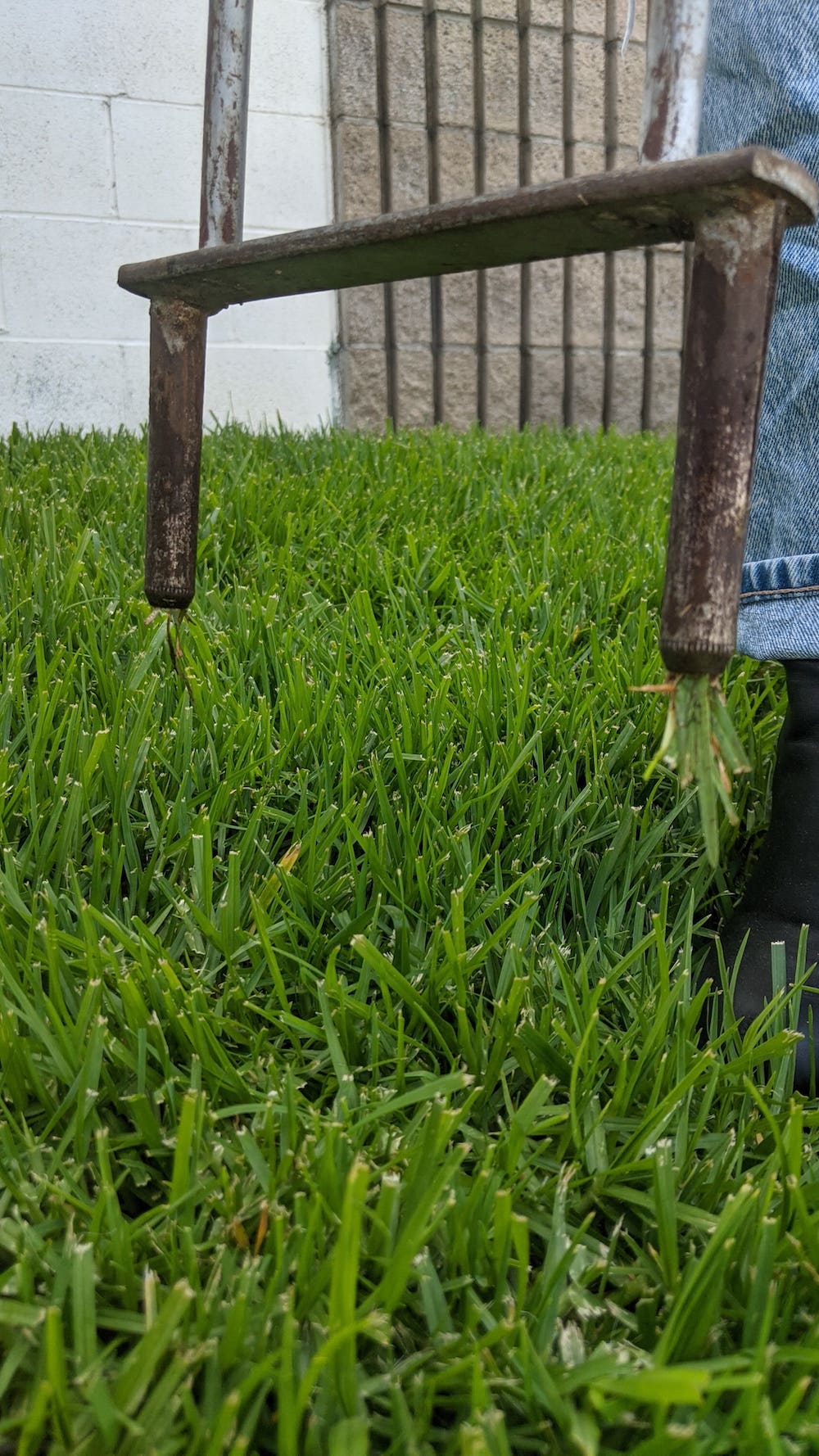 In a perfect world it’s best to rake up the plugs.  Otherwise when you mow the first time they’ll get pulverized putting the dirt back into the holes!

The pro’s will take aeration one step further by ‘seeding’ sand over the lawn to fill the holes up. The sand will act as a barrier forcing the dirt hole from closing up.  And, since sand is porous water and nutrients will funnel through into the root zone offering an awesome-looking lawn!

5 ¼ Hydretain: Most of the water that you put on your lawn is translated to evaporation – that’s why it’s so cool to have a lawn, literally and figuratively.  There’s a granular version that is simply spread on your lawn like a fertilizer and it comes in a liquid with its own hose-end sprayer.  It captures moisture vapor before it escapes back into the atmosphere, converting it back to liquid and passing it on to your plants roots. I’ve seen it scientifically proven to reduce watering requirements of plants up to 50% or more.

5 ½ Polymers.  Over the years we’ve seen water-saving polymers work wonders in collecting moisture in its crystals holding many times in its own weight in water.  When roots get thirsty they look for moisture, attach themselves to the polymers then drink.  The polymers can rehydrate several times before they can’t any longer.  There are companies that have special machines that can slice into existing turf strategically dropping polymers as it closes the slice off behind itself.  Otherwise, polymers are can be used in new installations.  Warning: a contractor in northern California installed a new sod lawn using polymers.  He thought more was better so he multiplied the recommended rate 10x’s.  After the first watering the polymers swelled up so much the newly installed soil grew 6”.  He had to rip the whole installation out and start over!

5 ¾ Tensiometers. This is a fancy word for soil sensors that are buried and tethered with low voltage wire through your irrigation system.  Though there’s a science to it, tensiometers act like artificial roots which measures soil moisture.  It can bypass an irrigations timeclock to either water more or less depending on the turfs needs without messing with your set irrigation settings.